Added by Keith Bradshaw on 16 September 2019 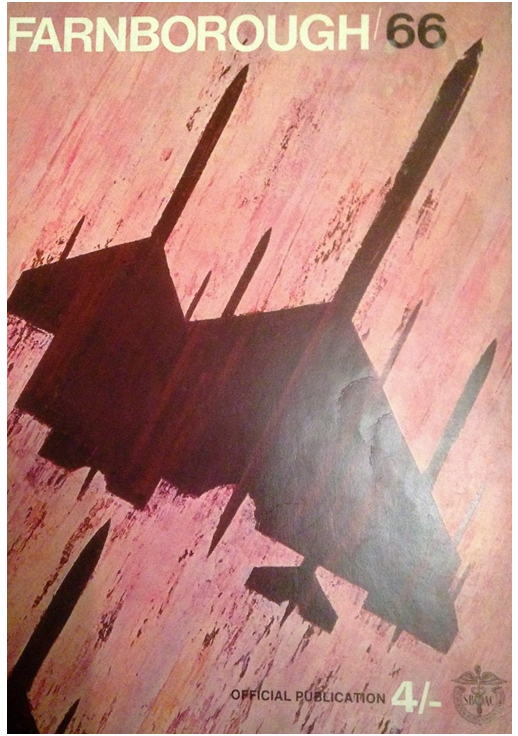 After 70 years the organisers of the Farnborough air show have decreed that from next  year there will no longer be a public flying display at the weekend. The event will finish on the Friday trade day to which the public will be admitted. Keith Bradshaw takes a nostalgic look back at an event that was once regarded as the best air show in the world.

Since 1948 early September has meant one thing to any enthusiast of aviation. Every year until 1962 and then bi-annually thereafter, this was the month of the Farnborough air show! An event that could trace its origins back to 1932 at Hendon when the SBAC (Society of British Aircraft Constructors) had their first event to show off new aircraft types from the British constructors. Only British-built aircraft were allowed to attend; a requirement that continued until 1966 when foreign aircraft were allowed in providing they had a British engine or a large number of British systems. Their attendance also had to be sponsored by the British company concerned. In 1972 the doors to the show were opened to European-built aircraft and the event became fully International in 1974.

The format of the event rarely changed. Exhibiting aircraft flying demonstration flights took place during the trade days and were joined at the weekend by service aircraft. In latter days civilian aircraft added to the array and produced a public flying display like no other.

In 1955 there were 61 British aircraft taking part during the trade days. At the weekend the RAF provided a four-ship Hunter aerobatic team then a flypast of 64 more and 12 Valiant V-Bombers ! It was a V-Bomber, albeit a Vulcan, that stole the show when test pilot Roly Falk took off for the show’s first demonstration of the new delta wing bomber and promptly entered a roll! The powers that be frowned upon this saying it was not the done thing to roll a bomber and banned him from doing it again. The Vulcan however had won the hearts of the crowd and many years later when the plane had left RAF service, XH558 of the Vulcan To The Sky group continued to thrill the crowds until its retirement in 2014. It was said that during the trade days when Vulcan flew all business stopped as everybody came outside to watch.

Awesome sights were the trade mark of the early Farnborough shows and it was a few years later in 1958 that the Hawker Hunter flew itself into the history books. The official RAF aerobatic team at the time was the Black Arrows flying nine Hunters. The nine were joined by 13 others to make a grand total of 22 which proceeded to fly two loops in formation making it the largest number of aircraft ever looped together. A record that still stands today! The RAF, not content with a 22 Hunter loop, included a flypast later in the show with 45 Hunters, 45 Javelins and nine Canberras!

My first visit to the show was in 1962 and although sadly I didn’t take any photos. I didn’t have a camera! There are several things that have stuck firmly in my memory ever since. One was the site itself. Looking down from the hill on the public side one could see Laffans plain at one end and the Black sheds at the other. It seemed like no other airfield, it was special. Sadly in later years this viewpoint disappeared under the tent city that became the huge exhibition halls. Another memory burnt onto the brain’s SD card was the spectacle at the start of the show. All the rescue and emergency vehicles paraded slowly down the runway led by a pair of Wessex helicopters. As a small boy I couldn’t believe that helicopters could fly so slowly !

The final memory from that first visit was the impression left by the Hunters and Lightnings. 16 Hunters were being flown by the Blue Diamonds aerobatic team and they had taken off into the hold. Meanwhile eight Lightnings of the Tigers display team lined up to take off in line astern. As each aircraft rotated on a roar of reheat instead of the usual gentle climb out or tight turn, each pilot pointed his jet vertically into the sky and just disappeared from view like a rocket going to the moon.

After the two teams had ‘done their bit’ they all formed up together for a 25-aircraft fly past, a sight not to be forgotten! Not to be outdone, the Royal Navy were also in attendance in force including their aerobatic team ‘Fred’s Five’ made up of five Sea Vixens.

As well as the military teams, Farnborough 62 gave the public their first view of the new de Havilland Trident and the Vickers VC10. I never dreamt I would still be looking after these beauties all these years later. The most fascinating aeroplane at the show was the P1127 which was the prototype of the plane that would later become known and loved as the Harrier. 44 British aircraft exhibited at the show that year.

At the next show in 1964 I came equipped with my mum’s Box Brownie camera with two 12 shot rolls of film. It’s fair to say these pictures will not win any prizes and also a Box Brownie is not the best camera for air show photos but I will include this one as it shows the BAC 221 which was a rebuild of the speed record holding Fairy Delta 2 with a new wing shape which developed into the Concorde ogival delta. This BAC 221 can now be seen at Yeovilton museum alongside the prototype Concorde it helped to develop.

Also at that year’s show there was an appearance by an aerobatic team using Folland Gnat trainers, the RAF having stopped using large fighters for their display team. The Gnats were painted yellow and the team were known as the ‘Yellow Jacks’ .They returned again at the next show, only this time their Gnats were red and they had changed the team’s name to the ‘Red Arrows’. The rest, as they say, is history.

At the ‘64 show, the last before foreign aircraft were allowed to exhibit, there were still around 40 different types of British aircraft on display for the world to buy. By the first fully International show in 1974 around 78 different types from around the world exhibited with the majority coming from abroad. Only 18 were British built. However the Red Arrows (still in their Gnats) were the only aerobatic team displaying having been joined at the previous show by the French national team, The Patrouille de France, with their V-tailed Fouga Magisters and also the Italian aerobatic team, The Frecce Tricolori, using Fiat G91 aircraft.

The British service participation in the flying displays was somewhat reduced from its heyday in the 60s with just eight Harriers and four Jaguars in addition to the Red Arrows.

By 1980 the British star of the show was the prototype AEW Nimrod, designed to be a much more capable aircraft than its American competitor the Boeing AWACS. History now shows us that the project failed to live up to expectations and was cancelled by the government in 1987 after huge amounts of money had been expended. Of the 90 different aircraft exhibited that year only 21 were British.

By the mid 80s International joint projects on aircraft such as the Tornado and later the EAP/Typhoon, Westland helicopters working with Augusta and takeovers and mergers had limited the number of pure British built aeroplanes in 1984 to the Hawk, Jetstream, Skyship airship, Nimrod, Skyvan, SD330, SD360, HS748 and the HS125 business jet. There were a number of light aircraft from Edgeley and NDN and finally Westland showing their Sea King., Lynx and civil WG30 helicopters.

Newcomers to the show in 1984 were the Russians who arrived with a couple of aircraft including the Mil Mi-26 the world’s largest helicopter.

By the 2000s the balance of the show had swung away from military and towards civil markets with both Airbus and Boeing having a large presence at the show. Indeed by the time of what we now know to be the last public weekend show in 2018, Airbus were exhibiting A380, A350, A330, A220 and the military A400M Atlas. Boeing responded with the B787 Dreamliner, B777, B737 Max and the P8 Poseidon Maritime patrol aircraft. Other airliners from around the world were also on display along with many private jets and freighters such as the Boeing 747 and Antonov An124.

Despite the British share of the show becoming smaller, the show as a whole continued to grow and the exhibition halls needed to be enlarged year after year. This ate into the space available for car parking for the growing crowds at the weekend public shows. The solution was a park and ride scheme which was OK for the staggered arrival of visitors but failed to work too well after the show. Getting everybody back to their cars caused much frustration and long delays in getting home. Another problem arose at weekends with many exhibitors resenting  the cost of having their aeroplanes at the show for two days on which they knew they would not be making any sales. Some of the larger companies, especially those from the US, starting packing up and flying home on the Friday much to the disappointment of the public

To fill the spaces left by departures from the flying programme the organisers began to book more civilian acts to fill display slots, watering down the special atmosphere of the Farnborough show.  The final nail was the CAA report following the Shoreham crash which introduced new rules regarding the space required for the ‘Air show flying box’. This had become so restrictive at Farnborough that even the Red Arrows could no longer offer a display and stay within the rules. This adverse affect on the public flying, the ever-increasing ticket prices and the parking misery caused a flood of complaints after the last show in 2018 and led the organisers to call time on the public air show weekend.

I am just thankful I was around to see over 50 years of this once great event, especially the highlight of the RAF display teams and the Red Arrows. Farewell Farnborough public display days.  You will be much missed.